I had promised to fix up my rough approximation of a Hexographer map for the classic X1: The Isle of Dread setting. So first here's a new image of the slightly improved version: 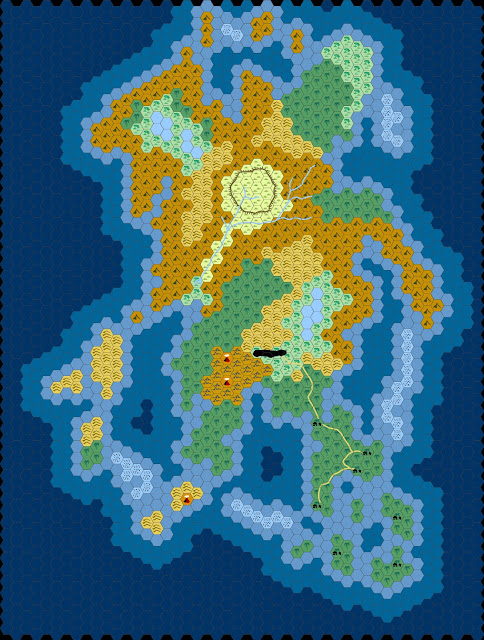 And here is the corresponding Hexographer file that you're of course free to use for whatever (see the license on my blog). I used the free version of Hexographer to make this map, but as far as I know that shouldn't make a difference.

I mostly decided to work on this because I needed a map I could mess with for my campaign and because I couldn't find one in Hexographer format. However, it turns out that Alan G had made a much better version of the map already, and he shared it as part of my G+ thread. Thank you so much Alan!

Personally I am still a bit torn between using mine or Alan's, but that's mostly a matter of map scale. Most people are probably better off just ignoring my version and using his instead.
Posted by Peter Fröhlich at 7:13 AM

The content of this blog is licensed under a Creative Commons Attribution-ShareAlike 3.0 Unported License. The views expressed in this blog are my own and not the views of my employer.